The hotel will be developed on the derelict employment exchange in Piccadilly, between Aytoun Street and the Rochdale Canal, adjacent to the Malmaison Hotel and opposite the Hilton DoubleTree.

The site is situated within close proximity of the Manchester Piccadilly rail station and is one of the city council’s longest-standing priority sites still remaining to be developed.

McAleer & Rushe has been nominated as Main Contractor on the 165,000 sq. ft. new scheme which has been designed by Urban Innovations. The new hotel will offer four-star accommodation over eight storeys including a ground floor comprising a bar, restaurants, gym and extensive conference and banqueting facilities.

“We are very much looking forward to working with our design and build team to create a stylish new hotel for Manchester on this site which occupies a prime position and complements the highly successful 250,000 sq. ft. mixed-use Piccadilly Regeneration Project”

“This site which was vacant for nearly 20 years and was in desperate need of regeneration. Work will begin on-site imminently as there already has been a lot of detailed early-stage design input which will ensure best practice and best value construction, which leads to optimum efficiency in operation thereafter.”

The Manchester project will expand Dominvs Hospitality’s future room count in excess of 1200 rooms for its operational hotels and proposed developments. 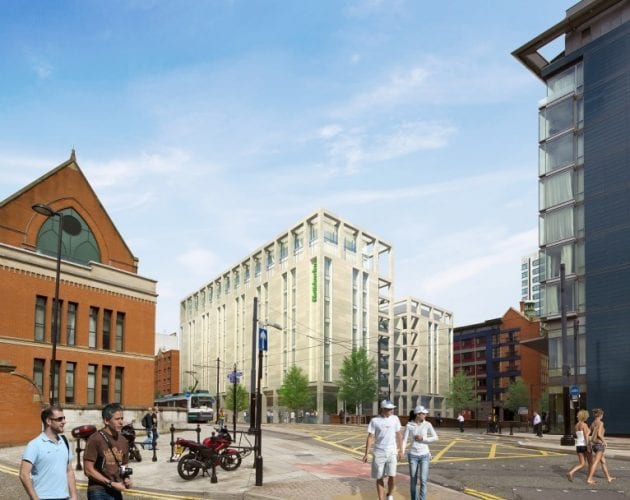