Knightsbridge Student Housing and McAleer & Rushe have entered into an agreement to deliver 1600 student beds, over two sites in Bournemouth and Portsmouth with an end value of over £100m.

The contract to design and build student accommodation, comprising of 1000 beds in Portsmouth and 600 beds in Bournemouth, is subject to planning and follows Knightsbridge Student Housing acquiring both sites from the Northern Irish group.

Knightsbridge Student Housing is led by Bob Crompton, who was the former CEO of student provider Victoria Hall. He has stated Knightsbridge’s intention is to rapidly build up an £1bn portfolio. It has already some 6,500 beds currently operational and almost 10,000 beds at varying stages of planning, design and construction.

The first phase of the Portsmouth scheme, on Stanhope Road, will see the former landmark office, Zurich House, converted to provide 400 student beds, with a purpose built second block housing a further 600 students.

To achieve a holistic redevelopment of the entire site, plans for approximately two thirds of the remaining site will explore a mix of development options including hotel, residential and commercial. It is also proposed to create an attractive landscaped boulevard to provide access to the adjacent verdant Victoria Park.

Student housing will make up around half of the site in Bournemouth on St Paul’s Lane, St Paul’s Road, with the remainder of the site being allocated to offices, and possibly a new hotel.

Planning submissions are targeted for early 2015 which would see construction work begin in summer 2015 with delivery of the first phase in Q3 2016 and the second phase in Q3 2017.

“We are delighted to sign this agreement with McAleer & Rushe who we have got to know very well, and rate highly. These projects will create high quality student housing for Bournemouth and Portsmouth which are currently undersupplied markets, and will lend added momentum to our development pipeline.”

“McAleer and Rushe has ambitious targets for student housing construction, which is a very logical extension for us. We are delighted to be working with Knightsbridge and look forward to working together on other projects. This deal unlocks the regeneration of important sites in Bournemouth and Portsmouth, and is an important vote of confidence in the economic recovery of both cities.”

The deal is a significant milestone for McAleer & Rushe which has established a strong foothold in the student market. It is set to deliver 7,500 student beds over the next five years and is also currently under contract to deliver two schemes for UNITE plc – a 750-bed scheme for in Stratford, London and a 700-bed scheme in the North East of England. 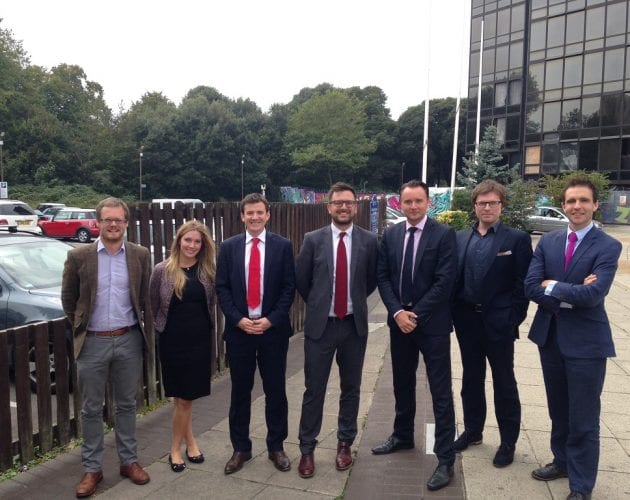