For the last year works by McAleer and Rushe constructors have been under way.

The new blocks are two of the tallest in Maidenhead and sit next to recently rented office block The Point which is occupied by Danish shipping company Maersk Line.

Site manager for the new blocks, Robert Hosseini, has been working hard to ensure they help neighbours in West Street and keep to their Considerate Constructors guidelines.

“I’ve been talking to the residents a lot,” he said. “We give them a newsletter so they know what is coming up and changing each month.
“We’ve also helped take away rubbish which was dumped near the flats.”

Local scout groups have been shown around the site, with Robert also making connections with the United Reformed Church which sites directly in front of the development.

About 150 workers are on site getting the Premier Inn ready to open in October.

The hotel will also have a restaurant, coffee shop and double level basement car park. 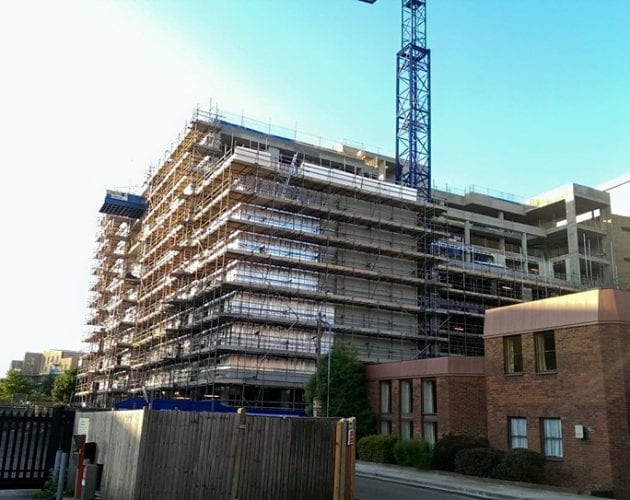