McAleer & Rushe has completed a 165-bedroom Crowne Plaza, the second of two Aberdeen hotels for Dominvs Group, weeks ahead of time.

The complete development was carried out well within a demanding 16 month programme. This significant achievement enabled the Crowne Plaza to open just eight days ahead of practical completion, remarkably six weeks ahead of schedule.

It follows the completion of a 193-bedroom 3-Star Holiday Inn Express Hotel on the first of May which opened just six days after practical completion.

The hotels are the closest to Aberdeen International Airport and are connected by a covered walkway to the terminal, a mere five minute walk away. The airport offers flights to 48 national and international destinations connecting with key international hubs at Heathrow, Amsterdam & Paris.

“We have really enjoyed working with Dominvs Group on both these projects. Their clarity of vision and collaborative approach help explain our team’s remarkable delivery achievements. There are many similarities in the professionalism and family ethos of both Dominvs Group and McAleer & Rushe that mean that other future projects are likely to be equally successful.”

Dominvs Group acquired the site for the hotels in November 2013, as part of a planned expansion of strategically-located branded hotels in key UK cities.

McAleer & Rushe is also currently working on a 306-bedroom Holiday Inn at Aytoun Street for Dominvs Group in central Manchester, which is due to complete in March 2016. 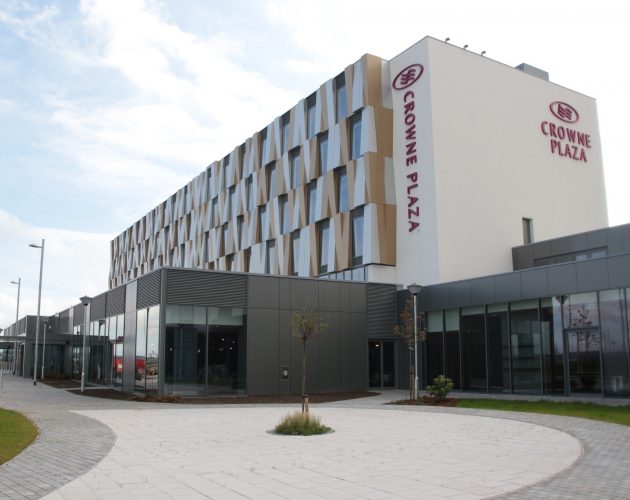