McAleer & Rushe Contracts UK has begun construction, for Whitbread, of a flagship ‘hub by Premier Inn’ at 62-68 York Way, Kings Cross, in London.

Whitbread is the UK’s largest hotel, restaurant and coffee shop operator with 45,000 employees.

McAleer & Rushe which was awarded the £30m contract to build the 389-bedroom hotel, took possession of the site at the beginning of September.

The Axiom-designed six-storey hotel which sits on a double basement is configured around three light wells. The brick façade is fenestrated with aluminium windows.

Piling is set to begin imminently. The hotel, which will be the largest hub by Premier Inn to date, is scheduled for completion in May 2017.

“Over the years we have built many Premier Inn hotels and have developed a strong relationship with the client team. We are very much looking forward to delivering this showcase hotel, for this much lauded new brand. This will now be our fourth hub by Premier Inn, following the completion of St. Martin’s Lane, Covent Garden, and the ongoing schemes at Spitalfields, in East London, and in Edinburgh.” 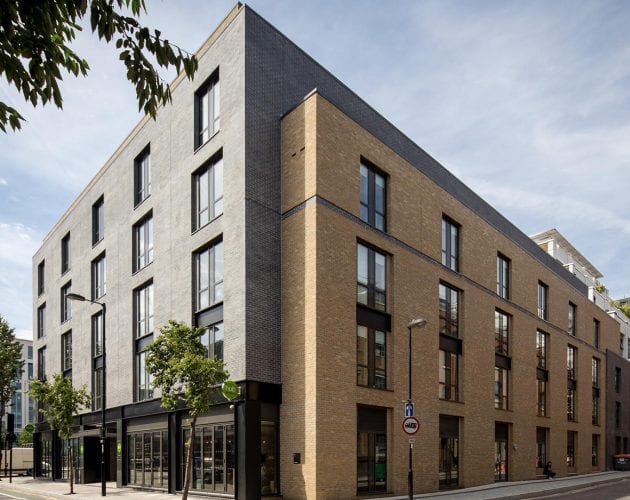