McAleer & Rushe has received planning consent for a 206-bedroom hotel on the site of the former Belfast Metropolitan College adjacent to Blackstaff Square.

The Cookstown-based developer, acquired the site just over a year ago and intends to develop the site with a mixed-use hotel and student accommodation scheme.

The site sits within an area known as ‘The Linen Quarter’ which Belfast City Council and other Government agencies have targeted for major regeneration with plans including a major upgrade of the urban streetscape.

The hotel will have an entrance facing on to Blackstaff Square.

In a design and access statement submitted as part of the proposal, McAleer and Rushe said the hotel would make a “positive contribution” to the city by regenerating the site of an unoccupied building in the city centre.

It also said it would “create a strong development on a prominent corner” in the city centre and “improve the activity and dynamism in a developing area”. 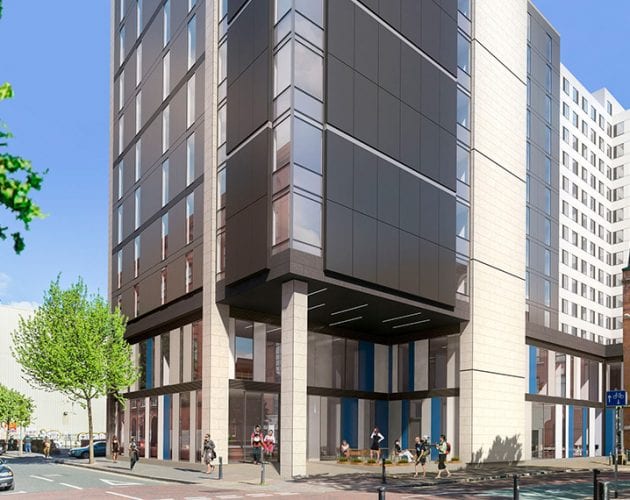