McAleer & Rushe has completed a substantial refurbishment and extension for British Land of Yalding House, the former home of the BBC Music Department, Radio 3 and Radio 1.

Yalding House at 152-156 Great Portland Street, W1 was built in 1930 and is located within the Harley Street Conservation Area.

British Land’s scheme designed by BuckleyGrayYeoman sees the building revitalised to the latest modern office standards with a full height extension to the rear and a rooftop extension on the fifth floor which increases the available floor space from 2,833sq m to 3,622sq m. The scheme also creates a new retail offer at ground level on Great Portland Street. McAleer & Rushe also worked on the external refurbishment to tidy up the existing façade of the building, whilst remaining architecturally sympathetic to the existing building and conservation zone.

BBC Radio 1Xtra was launched at Yalding House. Radio 1 broadcast its last ever show from Yalding House on 14 December 2012.

McAleer & Rushe Contracts Director Jonathan O’Neill said: “This has been a great project to work on and we’ve very much enjoyed working with British Land and BuckleyGrayYeoman to regenerate this unique historic building into a stylish contemporary office. This is our third recent project with British Land and the company’s game-changing ethos of excellence of is always inspiring.” 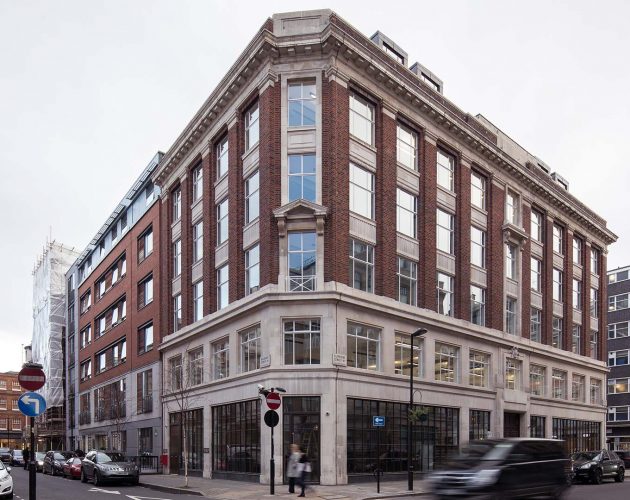