One of Northern Ireland’s leading developers McAleer & Rushe has entered into an agreement with Queen’s University Belfast to develop 1,200 student bedrooms on two of their prime city centre sites.

The Tyrone and London based developer/contractor has agreed with Queens University to deliver the completed buildings, by the summer of 2018, in a deal estimated to be worth just over £72m.

Both projects, are currently under consideration by the Belfast City Council Planning Service. It is hoped a positive planning outcome can be reached imminently, to enable the proposals to rapidly advance to the construction phase. The 476 bed scheme on McClintock Street will form part of a mixed-use student and hotel scheme, while the proposal for College Avenue will consist of 680 cluster bedrooms and 95 studios.

“This is one of the most significant property development deal in Northern Ireland for many years. It follows on from the success we had with Belfast City Council to develop a 100,000sq ft office for it, at our site on Adelaide Street. We are particularly pleased to have reached agreement with Queen’s on these two student accommodation schemes, which will provide such a valuable boost for the City.”

“The projects, which are estimated to generate around 550 jobs during the construction phase and 75 long-term jobs, will also make a significant contribution in the on-going regeneration of Belfast City Centre, bringing major economic benefits for nearby retail and leisure businesses and added vibrancy to the heart of our capital”.

“As an anchor institution in the city, this substantial investment again demonstrates the commitment of Queen’s to the development of Belfast as a learning city. The continued growth of the university, and Belfast, is critical to the success of the knowledge economy.

“As part of Queen’s ambitious plans for growth, this much needed student accommodation within walking distance to Queen’s, city centre amenities and transport links, will ensure the University continues to attract the brightest local, national and international students to study in Belfast.”

McAleer & Rushe has rapidly attained a reputation of excellence in the development and construction of student housing in the UK and Ireland. It is well on target to deliver 7,500 student bedrooms, within just five years of entering the student sector. It is currently working on a number of major schemes across the UK for leading student housing providers such as Unite Students and Threesixty Developments (formerly Knightsbridge Student Housing.) 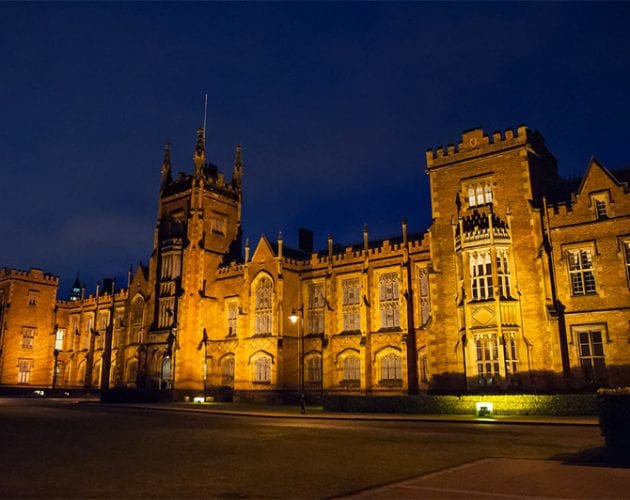