McAleer & Rushe, which is one of the UK’s largest design and build construction and property companies, is celebrating 50 years in business and has hosted events in London and Cookstown to celebrate the key milestone.

The events marked McAleer & Rushe’s journey from small beginnings in Cookstown where it was formed in 1967 by Seamus McAleer, and where its headquarters are still based, to its standing today as a brand that has its construction footprint in cities throughout the UK and Ireland. With regional offices in London, Dublin and Belfast the company reported Profit Before Tax (PBT) of £10m in 2016, a 100% increase from the previous year with turnover in 2017 expected to exceed £350M. It currently employs 330 people across its operations.

The Company is jointly owned by Seamus McAleer, Founder and Chairman and Eamonn Laverty, Chief Executive, who together have been the driving force behind the business. The business made its in name in the early years by delivering large scale social housing projects before moving into commercial construction and development. The Company would be recognised as the leading Hotel Design & Build Company within the construction sector. The Company has constructed over 20,000 hotel rooms, 2 million square foot of office space, over 10,000 houses and 7,500 student housing units across the UK and Ireland.

Commenting on the local to national journey that the business has been on, Seamus McAleer, said,

“Our principles, which are based on hard work, a strong team ethic and ambition, are those that we set out 50 years ago when we established our base in Cookstown and remain the cornerstone of our business today. We are fortunate to have such great staff, working hard for the Company and sharing in our successful journey”.

McAleer & Rushe has dominated the UK wide ‘Construction Manager of the Year Award’ (CMYA) with one of their local Project Managers Margaret Conway being the first ever female winner (in the 39 years of the Awards) – winning the coveted title in September for her work on the £22m nine storey office block at 9 Adelaide Street in Belfast for Belfast City Council. This followed the success of her colleague Paul Marlow who became the youngest ever CMYA winner in 2016 for a £29 million student accommodation project in East London for UNITE.

Talking about the future growth of the business, Eamonn Laverty added,

“2017 represents a very important milestone for our business and after gaining 50 years’ experience in the acquisition, design, development, construction and management of a variety of property types we are looking to the future with increased confidence. We have an extensive portfolio of work, a growing client base with a number of important projects in the pipeline and we are looking forward to the long-term growth of our business throughout 2018 and beyond.” 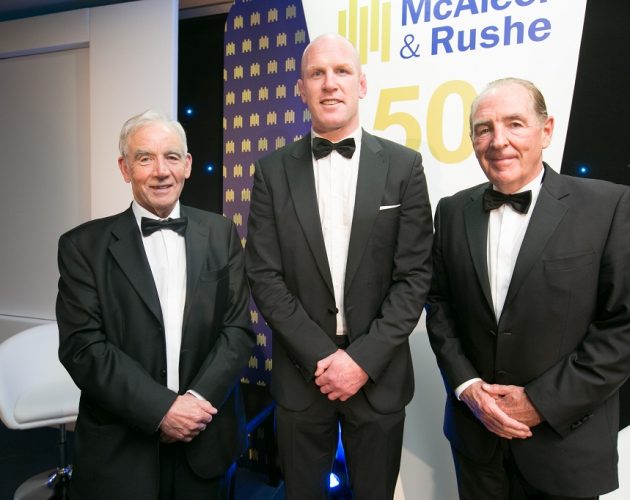