McAleer & Rushe has announced that it has sold a planned new four-star Maldron Hotel in Newcastle City Centre to UK Commercial Property Trust Limited (UKCPT) which is advised by Standard Life Investments for £32.7 million on a forward funding basis reflecting a market investment yield of 4.99% on completion.

The six-storey hotel due to be completed in March 2019 by McAleer & Rushe is let on a 35-year FRI lease to Dalata, Ireland largest hotel operator and forms part of McAleer & Rushe’s wider £75 million mixed use regeneration scheme in the City. Alongside the hotel, the project also includes a 575 student bed accommodation which will be operated by the Unite Group and ancillary retail units.

The 265 bed hotel will be Dalatas first Maldron brand operation to be opened in England which includes an extensive bar, restaurant and business meeting facilities, which will provide a major boost to the Newcastle economy.

The development is strategically located on Newgate Street at the heart of Newcastle City Centre on the site of the former Newgate Shopping Centre and is close to St James’ Park, home to Newcastle United FC and the Eldon Square Centre.

According to Stephen Surphlis, Property Director of McAleer & Rushe, the deal represents a significant transaction within the UK hotel investment sector and highlights the confidence and strong interest in the regional cities, particularly for hotel investments with long term income streams let to major brands such as Dalata. Commenting he said

“The new Maldron hotel and the complete mixed-use scheme is a significant project and will support Newcastle’s continued economic development by attracting both business and leisure visitors to the heart of the City. We are looking forward to working with Standard Life Investments and Dalata, for whom we are delivering numerous hotel projects in the UK & Ireland.”

“We look forward to working with McAleer & Rushe on the delivery of this new scheme in Newcastle. Dalata and its flagship Maldron brand are an exciting, well managed, high quality, competitive hotelier which we believe will compete well in the Newcastle market, a home to leading universities, a thriving business community and leisure scene.” 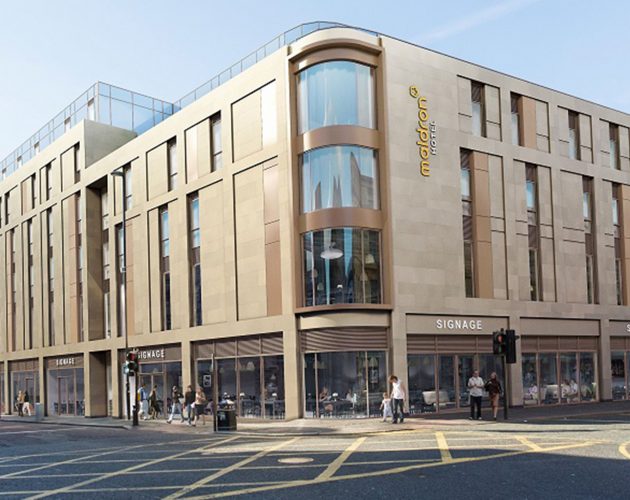