Quintain has awarded McAleer & Rushe a major construction contract to deliver 553 new homes at Wembley Park. The £130m contract will see the delivery of the second phase of the South West Lands development, following the successful award of the first phase of works, worth £55m, which is due for completion by the contractor in Q3 2019.

Of the 553 new homes, 114 will be affordable, split between affordable rent and shared ownership. The remaining 439 will be rental homes managed by Quintain’s wholly owned build to rent operator, Tipi. Residents of South West Lands will benefit from a centralised ‘hub’ building – located only nine minutes by train from London Marylebone, as well as an onsite gym, library, resident’s lounge and concierge service leading out to a podium garden.

Quintain is leading on the transformation of Wembley Park, one of Europe’s biggest and more ambitious regenerations projects. The South West Lands plot lies adjacent to Wembley Stadium and London Designer Outlet and provides a critical link from Wembley High Road for people visiting Wembley Park and the Stadium.

The £130m contract marks McAleer & Rushe’s third contract at Wembley Park and takes the overall contract spend with the contractor by Quintain to £212m. McAleer & Rushe, which celebrated its 50th anniversary last year, is also on site delivering the 312 bedroom Premier Inn hotel which is due for completion ahead of schedule in Summer 2018.

“We are delighted to award this £130m contract to McAleer & Rushe who are doing an excellent job on the first phase of South West Lands. The award of this contract, which will deliver over 550 new homes, marks another important step in the delivery of Wembley Park as we continue its transformation into the UK’s most exciting mixed-use destination.”

“Marking our largest contract to date, we are delighted to be here today celebrating the signing of the £130m deal for the second phase of South West Lands. This is our third contract with Quintain since 2016 and the project cements our partnership with them as a trusted member of their Main Contractors framework. The signing reinforces our position as one of the leading design and build contractors in the High End Residential and Private Rented Sector and we look forward to further involvement in the wider Wembley Park masterplan.”

This news follows the announcement, made last year, that Quintain and Network Homes will be delivering an additional 252 new affordable homes at Wembley Park. 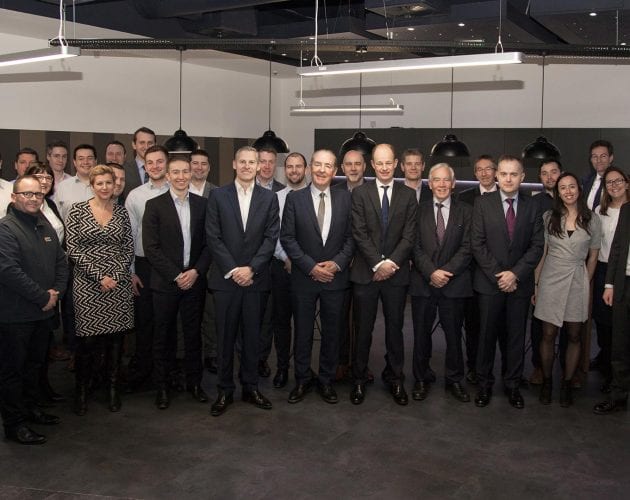