Northern Ireland based developer and contractor McAleer & Rushe has announced that it has signed an Agreement for Lease with the Dalata Hotel Group Plc to deliver a new 330 bed, four-star Maldron Hotel in Birmingham City Centre.

This scheme represents another significant project in the long-standing partnership between the two companies which has seen McAleer & Rushe deliver numerous hotels across the UK and Ireland for the leading hotel operator. The most recent of these include the 237 bed Maldron Hotel in Belfast which opened for trading in March 2018 ahead of program and a 265 bed Maldron Hotel Newcastle Upon Tyne scheduled to open in Q1 2019.

The new c.£40 million Birmingham project by McAleer & Rushe, is strategically located on a prominent site fronting onto Queensway and is a five-minute walk from New Street Train Station. Nearby landmarks include Beetham Tower, one of Europe’s largest mixed-use buildings, the Mailbox and the Bullring Birmingham’s premier shopping destination.

The hotel, which is subject to planning approval, is scheduled to be delivered by Q1 2021 and is expected to create 100 full time and part time jobs, once completed. It will be the Dalata Hotel Group’s second hotel in Birmingham following its successful acquisition of the Hotel La Tour in 2017 which now operates under the contemporary Clayton brand.

The new Maldron hotel is a significant project that will enhance Birmingham’s continued development and add to the regeneration within the City. With a large economy and major projects in close proximity including the new HMRC Regional Hub, HSBC’s Headquarters and the pending HS2 high speed rail network linking to London we are confident that our investment in the City will make an important contribution to the economy and provide a modern hotel offering for business users as well as leisure visitors.

Having delivered a range of projects for the Dalata Group across the UK and Ireland we are looking forward to partnering with them, once again, to deliver this exciting new hotel scheme.

”We are very excited by securing this excellent opportunity. Birmingham is a very attractive hotel location and ensures that we continue to grow our development pipeline in the UK as per our growth strategy. We will work closely with McAleer & Rushe through the development phase and look forward to introducing the Maldron brand to Birmingham.”

McAleer & Rushe are expecting to submit a planning application to Birmingham City in Q3 2018. Dalata Hotel Group will enter into a 35 year lease on completion of the hotel, subject to five year reviews and linked to Retail Price Index.

Elsewhere in the city, McAleer & Rushe, is on site in Lancaster Circus in where it is constructing a 1000+ bed student accommodation scheme. 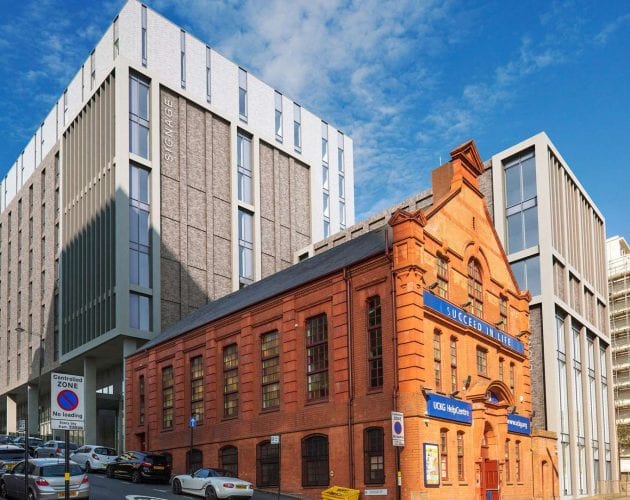