Northern Ireland based developer and contractor McAleer & Rushe has been awarded the prize for ‘International Project of the Year’ at the Irish Construction Industry Awards for Global Student Accommodation’s 1000-bed Catherine House scheme in Portsmouth.

The awards, now in their fifth year recognise companies which demonstrate excellence and innovation in Ireland’s construction industry. McAleer & Rushe competed against four other international companies to lift the award at the gala ceremony which took place at the Citywest Hotel in Dublin.

McAleer & Rushe was engaged as the design and build contractor by the global leader in student accommodation to develop the scheme through the entire evolution process. The project which was worth £50m completely transformed and extended the existing derelict 1970s landmark office building, Zurich House on Stanhope Road. The original structure was given a state-of-the-art refurbishment providing a 405-bed student accommodation along with the design and construction of an 11-storey new build extension delivering enough space for an additional 595 beds.

“It is a great honour to be recognised by our peers for this project which further cements our position as leading contractors in the student accommodation sector. I want to pay tribute to our teams hard work and commitment and thank our client, GSA for entrusting us with the scheme. Carrying forward this collaborative relationship with GSA we have already begun work on two further projects in Bournemouth to deliver 950 student beds. We look forward to continuing to build this long-lasting relationship to deliver additional schemes across the UK and Ireland.”

“There’s no doubt that the development of Catherine House was one of our most ambitious projects to date, but we’re delighted with the results delivered by McAleer & Rushe. We’ve successfully brought 1,000 much-needed high-specification student rooms to Portsmouth and are proud to have given such an iconic building a second lease of life. Feedback from our residents living there has been outstanding!”

Since 2014, the Irish Construction Industry Awards have become an established benchmark for contractors, businesses, teams and consultants in Ireland to demonstrate innovation and excellence within the built environment. 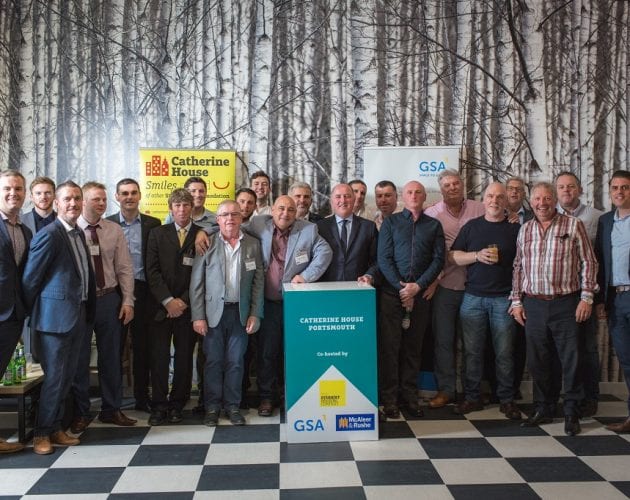