MRP, the property development and investment division of McAleer & Rushe, has secured its first two tenants for Kildress House, a new grade A office building it has developed on Dublin’s Pembroke Row.

Proximo Spirits, the premium drinks company which includes Bushmills Whiskey among its brands, are well advanced in fitting out the fourth floor. The tenant was advised by Rebecca Breen, Murphy Mulhall.

The fifth floor of the building has been let to Muzinich & Co a leading international institutionally-focused investment firm specializing in public and private corporate credit. The tenant’s fit out is underway at present.

The tenants have committed to leases of 10 and 15 years and agreed rents in the late €50s psf.

Designed by leading architects Henry J Lyons, Kildress House is one of the most highly specified buildings in Dublin, and its location on Pembroke Row is adjacent to LinkedIn’s Dublin HQ.

The LEED Gold certified office building is situated between Lower Baggot Street and Wilton Place, and just across the Grand Canal from Upper Baggot Street and Burlington Road, the new office is surrounded by a range of major international employers, including Amazon, Fitbit and Shire.

The building is also within walking distance of numerous cultural and lifestyle amenities such as St Stephen’s Green, the Bord Gáis Theatre, the National Gallery of Ireland and Aviva Stadium.

The remainder of Kildress House is available to let in self-contained floors of 4,500 sq ft (418sq m).

“Kildress House was originally developed some 35 years ago by MRP as a three-storey office block. Our investment for a completely new build office scheme shows our continued commitment and belief in Dublin city, the people, and the economy as it bounces back from the effects of the coronavirus pandemic. Kildress House has been built and designed for the city’s high-growth businesses who are seeking best-in-class, environmentally aware workspace.”

“Kildress House offers small to medium-sized companies the opportunity to locate in a new building which provides the standard of finish and services usually only available to large tenants. The developers, MRP, are long-term holders and have invested to ensure that the building performs well in the long term.”

Further information or arrangements to view can be made through Seán Ryan McCaffrey or Roland O’Connell of Savills. 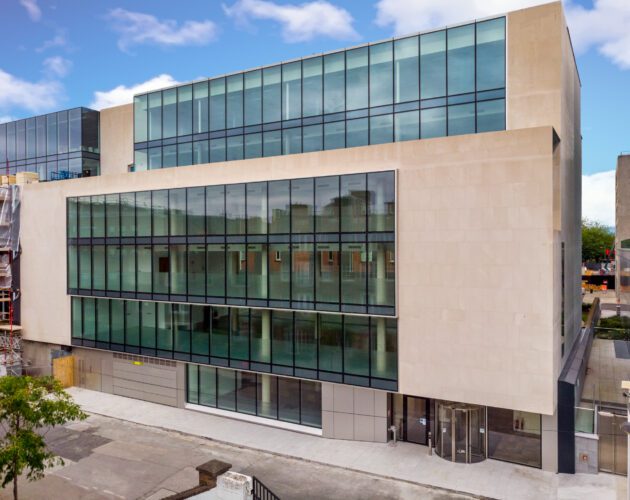