The development includes 903 sqm of commercial floor space at ground floor and ancillary storage rooms, communal areas, open space and plant areas. The majority of bedrooms are provided as cluster flats of single en-suite rooms with shared kitchens with a number of self-contained studio rooms also available throughout each floor level.

From first floor the building is composed in a u-shape around an open south facing courtyard with the Eastern & Northern elements containing rooms on either side of a central corridor and the western wing having rooms on one side of the access corridor.

Angel Lane is located in the heart of the greater Olympic legacy development and to the east of Westfield Stratford City, north of the Stratford centre and with University Square to the east.

Paul Marlow, Contracts Manager, won the highly coveted overall award for the CIOB Construction Manager of the Year Award in 2016. Paul was the youngest winner in its awards history, 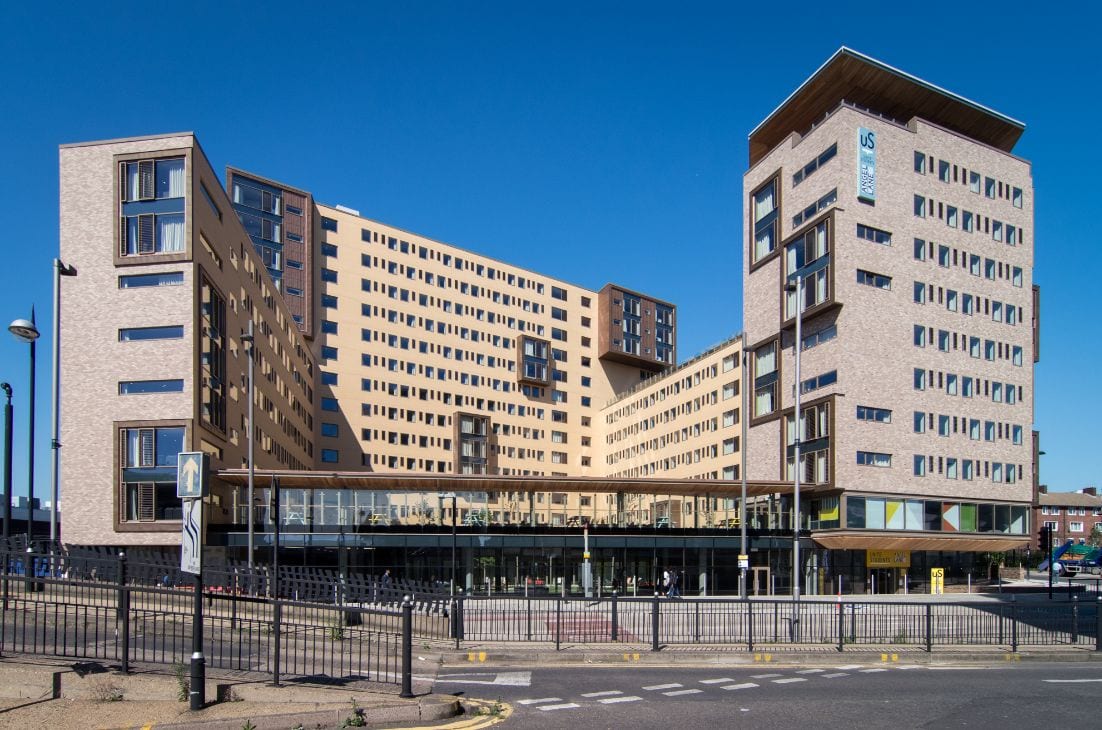 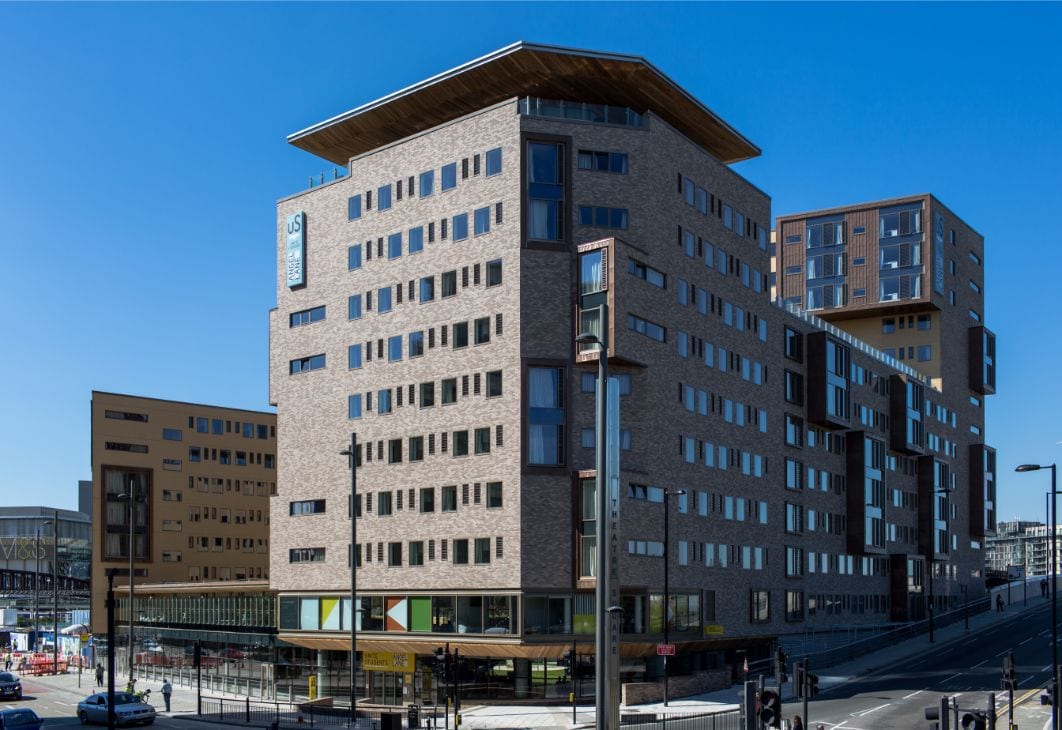 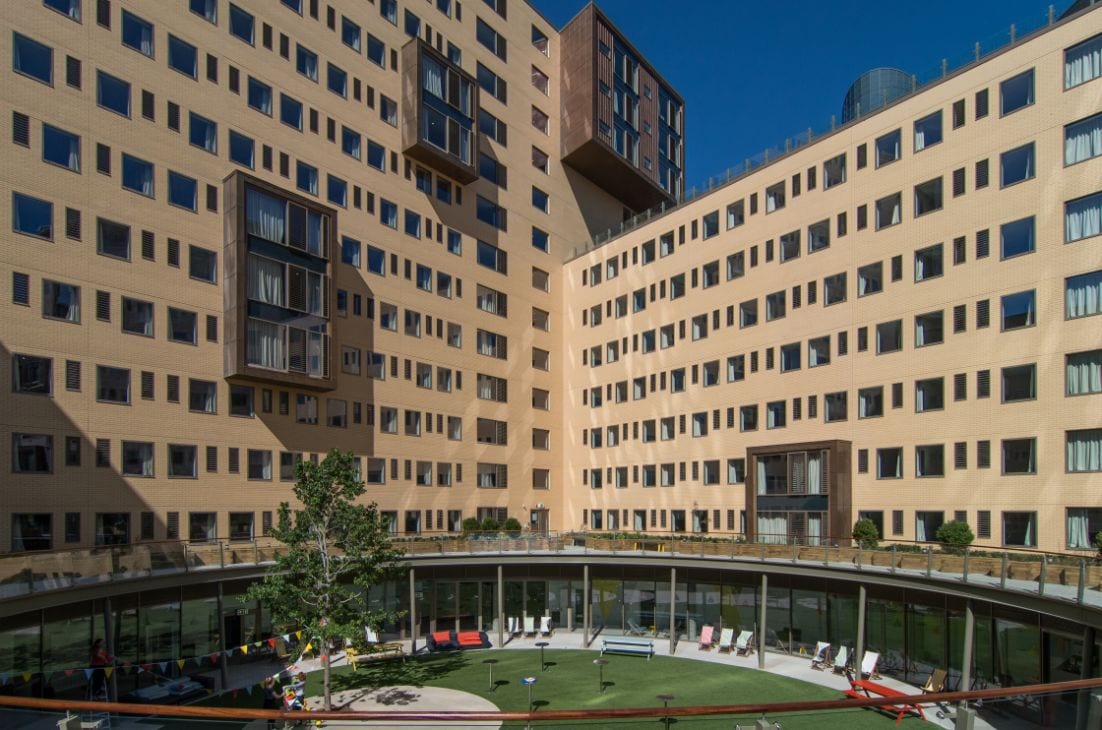 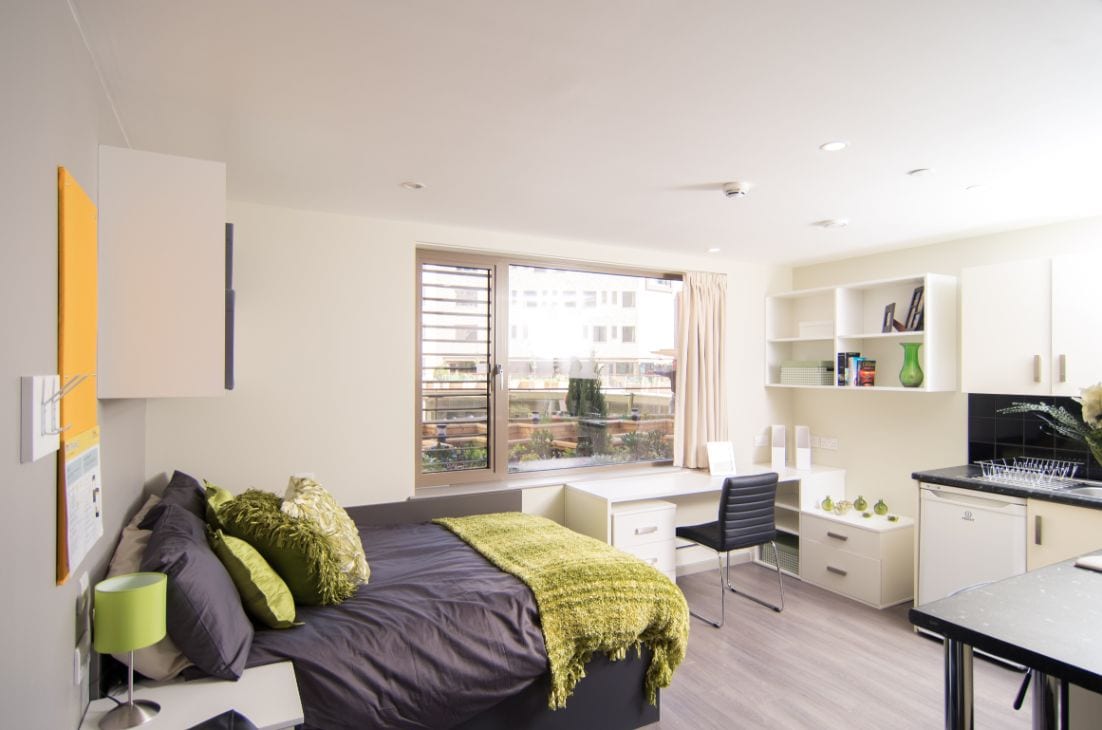 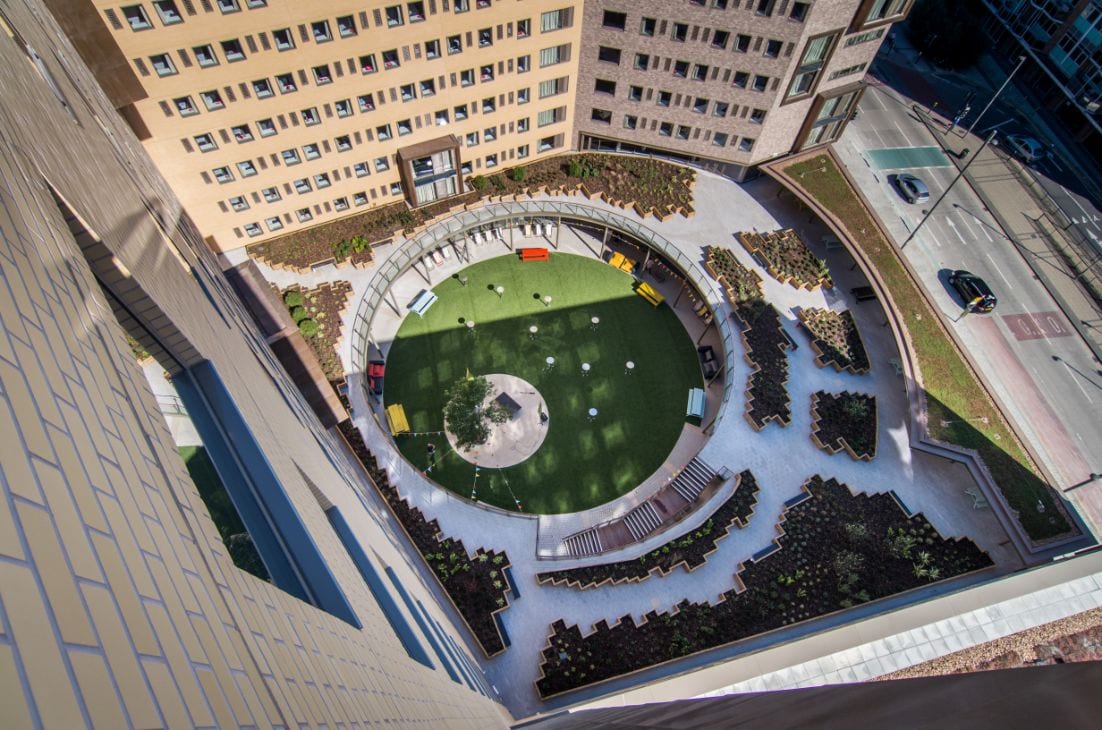 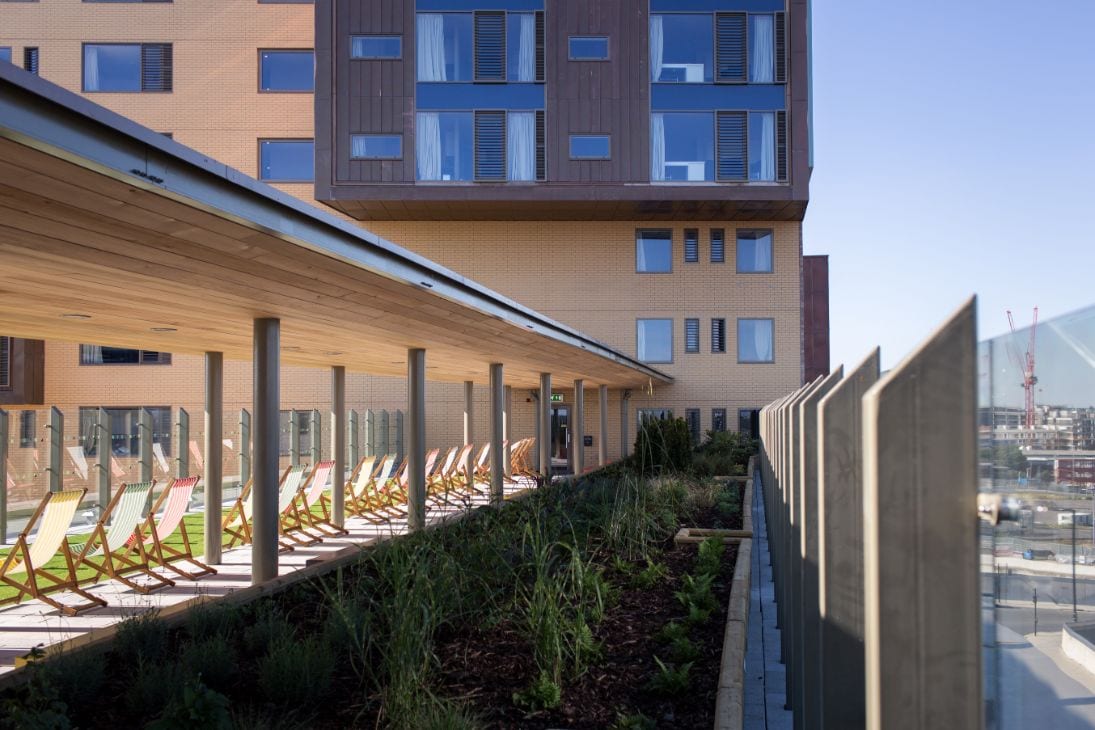 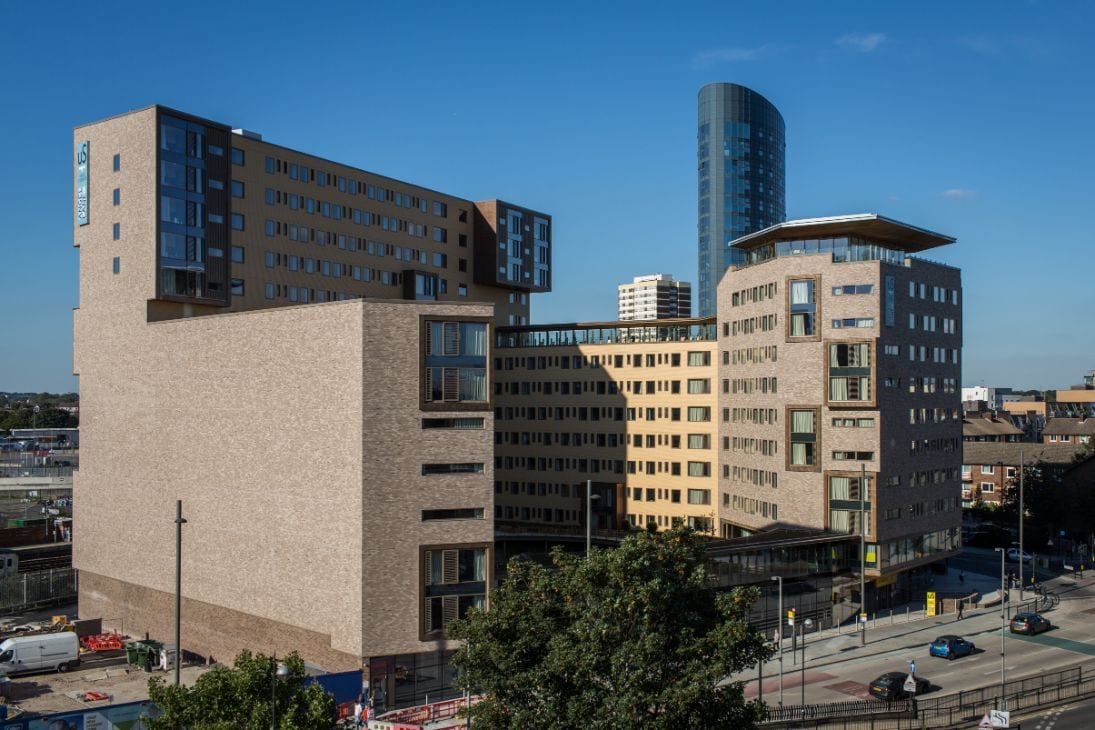 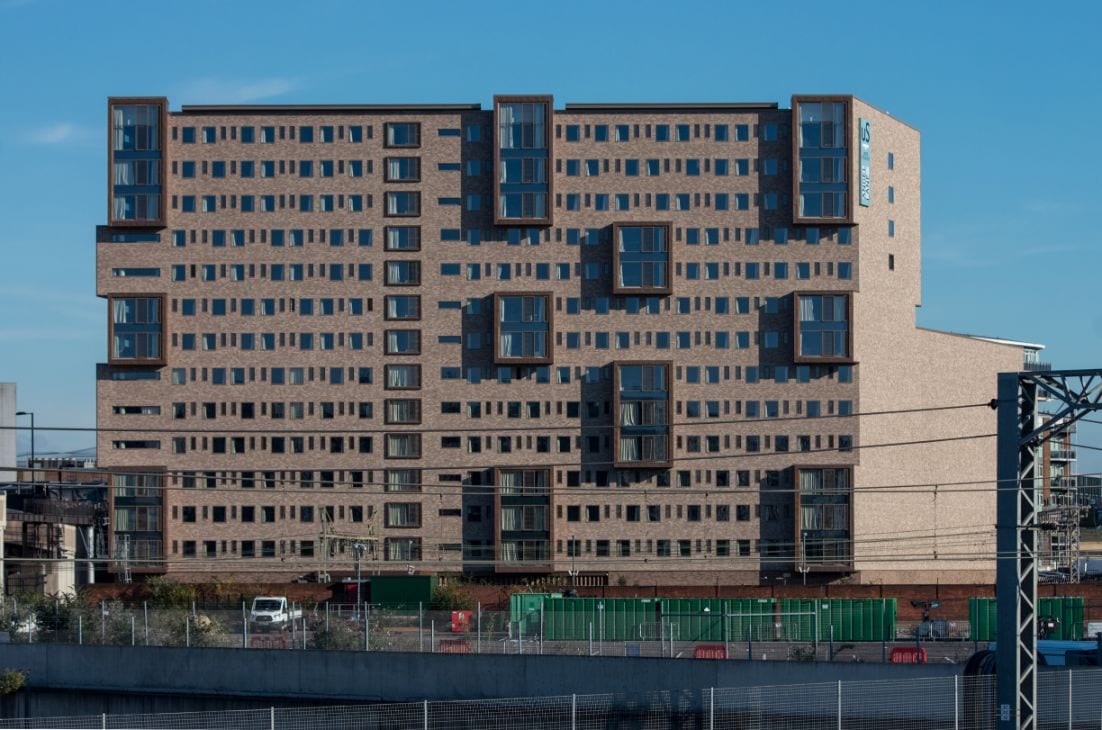 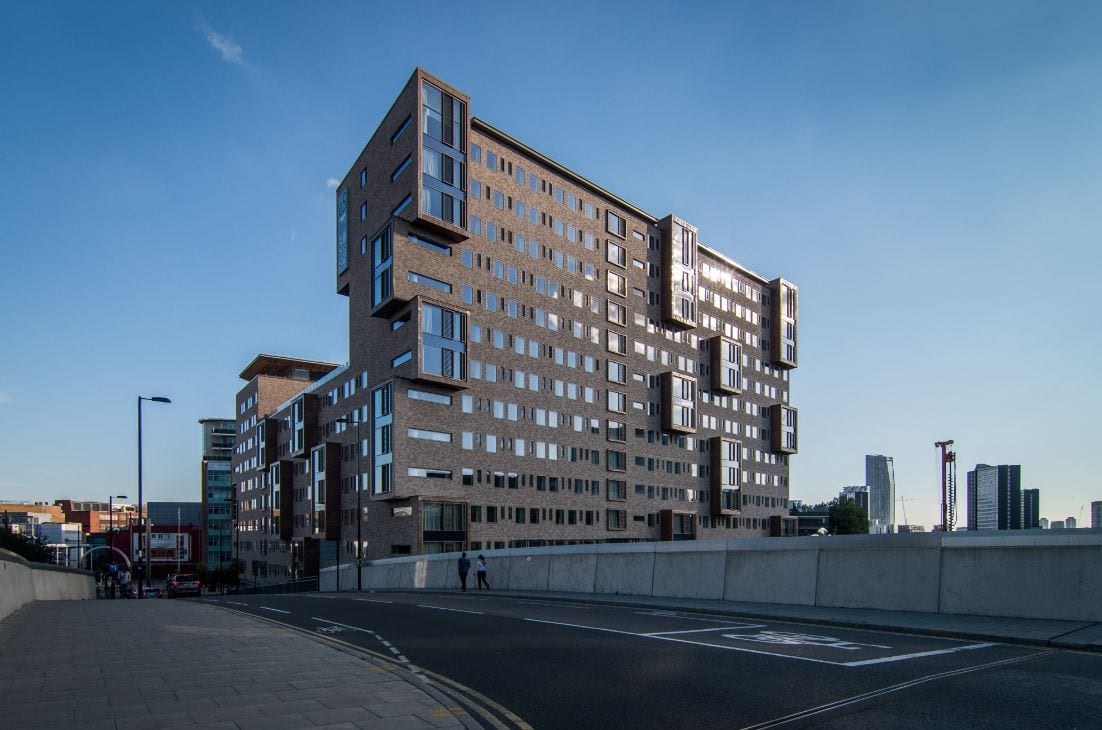 “This project has set the benchmark for our ‘Homes For Success’ initiative, with exceptional aesthetics, amenity space, and light, which all promote the well-being of our students. McAleer & Rushe did a great job delivering a challenging project on time and within budget, with a ‘wow’ factor quality of finish. They took on a series of third party issues and rather than reporting problems they consistently delivered solutions. We quickly gained a sense of confidence that the project was in a safe pair of hands, borne from an all-round competence of the contractor and the consultant team”.